Innovation Village was established by the campus to support the mission of the university; however, it does so much more.  While it is true that students and faculty directly and indirectly benefit from the public/private partnerships established at the project, the city of Pomona and the entire region benefits from the economic development as well.

In addition to generating jobs for the students graduating from the university, the project generates high wage employment much needed in the community.  Jobs within Innovation Village are found to earn an average salary well above the median income within the local community.  In 2012, the estimated mean wage for the project was $79,850 compared to the county wage of $50,876*.

IMPROVED QUALITY OF LIFE IN THE COMMUNITY

The estimated economic output at current build-out levels (65% completion) is estimated to be $731 million annually to the local economy and is projected to be $1.2 billion at full build-out of the project.
Executive Summary Innovation Village Economic-Analysis-Cal Poly Pomona*

The value of fixed assets put in place by the Foundation thus far total $18.2 million, including the Center for Training, Technology, and Incubation (CTTi) building complex and infrastructure.  Infrastructure improvements include necessary utility installations, street improvements, sidewalks, perimeter landscaping, and monument signage.  These improvements have greatly enhanced the appearance of the area as well as improved the traffic circulation both on and off campus.  The surrounding community now enjoys improved sidewalks and landscaped environment to travel to and from their neighborhoods to the surrounding area.

FINANCIAL BENEFIT TO THE UNIVERSITY

The long term ground leases with tenants ensure that Innovation Village is self-supporting and is returning financial benefits to the university now and for many years to come. Innovation Village currently generates a surplus of approximately $750,000 for the fiscal year 2016/17. The project is projected to generate an estimated $2.9 million in gross rental income at full build-out projected for 2023.

In addition to generating internships and jobs for students graduating from the university, the project generates high wage employment much needed in the community. There are currently approximately 2,174 employees working within the project in jobs found to earn an average salary well above the median income within the local community. In 2016, the estimated mean wage for the project was $75,370. 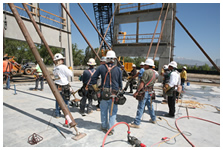 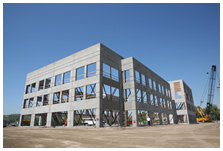 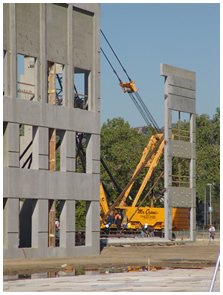